The Rio Olympics have revealed sustainability is at the heart of everything they are doing. Of course, we here at Period projects applaud this and in everything we make and do this has been a priority of ours. We have long been Green and environmentally aware and hope to see even more awareness raised by Rio. Here are some interesting facts.

Brazilian Mint unveiled Medals for the Olympic Games bearing a design that celebrate the relationship between the strengths of Olympic heroes and the forces of nature, the 500g gold, silver and bronze medals have been made with sustainability at their heart.

The athletes who top the podium in Rio will receive medals made from gold that has been extracted without the use of mercury and which was produced according to strict sustainability criteria, from the initial mining all the way through to the design of the end product.

The silver and bronze medals have been produced using 30 per cent recycled materials.

Even half of the plastic in the ribbons which will be used to hang the medals around athletes’ necks comes from recycled plastic bottles.

The designs feature laurel leaves – a symbol of victory in ancient Greece, in the form of the wreaths awarded to competition winners – surrounding the Rio 2016 Olympic logo. The laurel leaves represent the link between the force of nature and Olympians.

And who knew this? The other side has an image of Nike (Yes, like the brand) who is the Greek goddess of victory with the Panathenaic Stadium and the Acropolis in the background.

The Paralympic Games medals feature a special innovation and have a tiny device inside which makes a noise when the medal is shaken, allowing visually impaired athletes to know if they are gold, silver or bronze (gold has the loudest noise, bronze the quietest).

Also revealed at the event on Tuesday (14 June) at the Arena, were the podiums, which are made from organic materials and celebrate the tropical nature of Brazil. These are made entirely from Wood.

Amazing ideas innovation and of course with sustainability at the heart – we are so excited by this and look forward to the event – GO GB!!

Share Post
Previous
Wood Floor Filling – Introducing the Pine Sliver
Next
Parquet Flooring – Call in the experts or else! 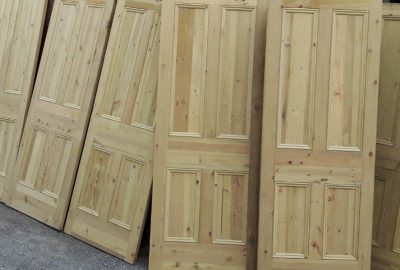 Caustic Tank and Hand Stripping for your Wood Doors and Furniture

Parquet Flooring – Call in the experts or else!

Sanding parquet flooring is different from ordinary floor sanding. The reason being that when sanding,…

Natural wooden floors are just beautiful, aren’t they? We particularly love reclaimed boards. With the variety…

Curb Appeal for Your Home – Making a Statement

Every homeowner and estate agent can tell you, a home’s curb appeal means absolutely everything….